Lecture about my self, Kaj Duncan David

A fictional supercomputer gives a short lecture on the subject of artificial intelligence through the medium of text, image and sound. During its presentation, the protagonist confronts us with ideas that range from the benign to the provocative, in a manner that is both playful and enigmatic. Alongside this ‘presentation’, two musicians enter into a sort of transhumanist dialogue, communicating through a networked, machinic interface, in part inspired by the concept of evolutionary linguistics. The piece draws heavily on ideas from Golem XIV, a 1981 sci-fi novel by the Polish author Stanisław Lem, in which a supercomputer confronts humanity with various hard truths, not only about its future but also about its present. The retro futurism of Lem’s book is collided into contemporary – and often antithetical – philosophies, via Donna Haraway and others, resulting in a cryptic mini-critique of the promise of homo sapiens’ salvation by artifiicial intelligence. 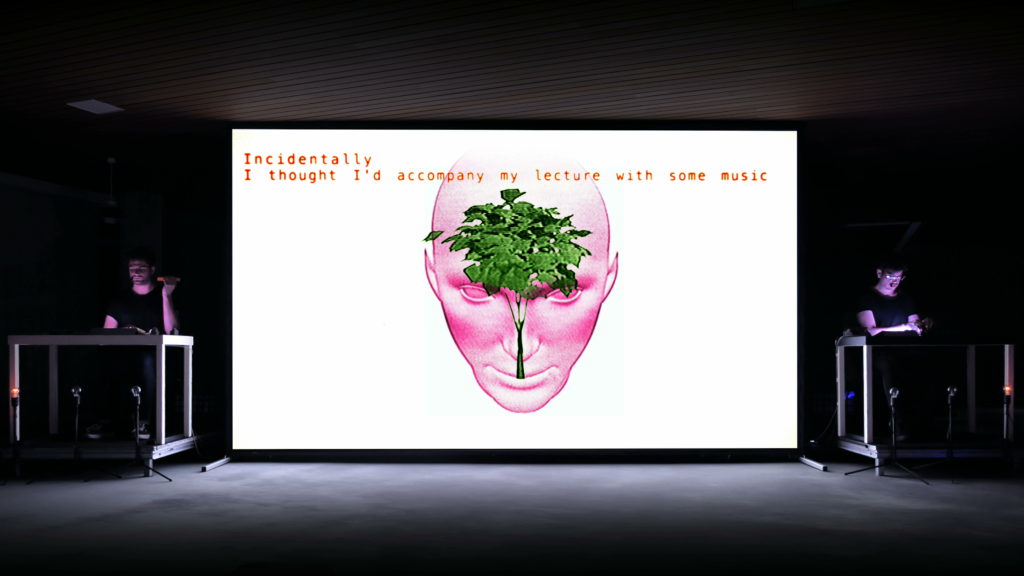 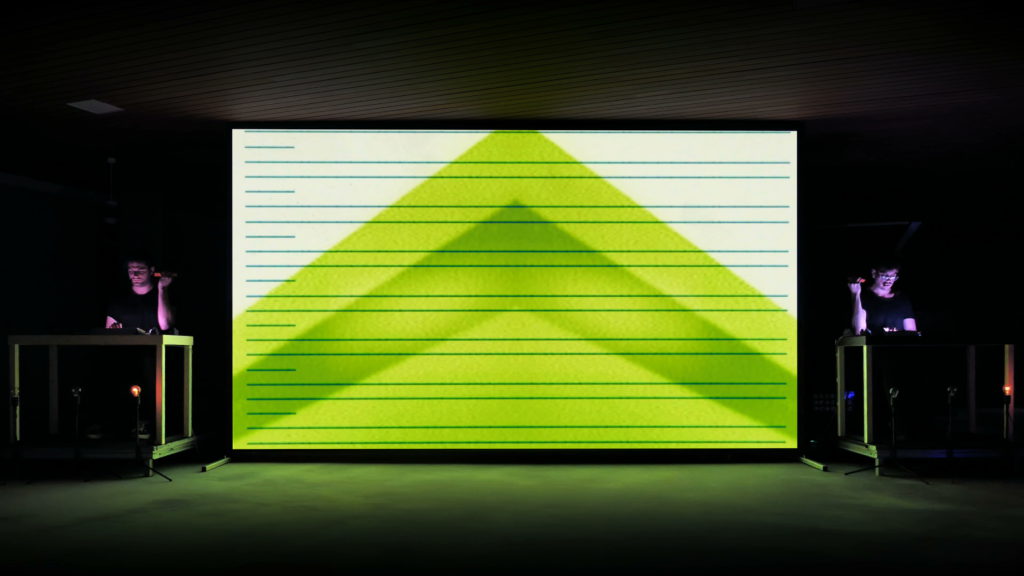